Why Celebrate January 15 as Army Day in India 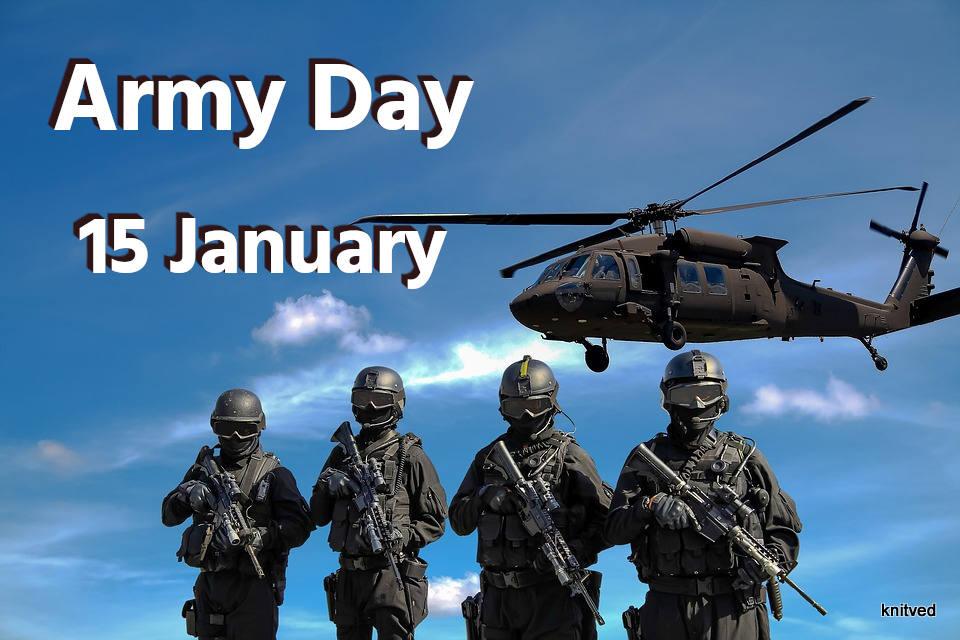 Every year on this day India celebrates with many types of parades and other military shows in the national capital of India, New Delhi. On the day Celebration of Army Day is also organized at all the Indian Army Command headquarters.

On 15th of January 2021, India celebrated its 73rd Indian Army Day. Army Day marks a day to salute and pay tribute to our brave soldiers who sacrificed their lives to protect the country.

Many parade during the army day celebration is carried out by the soldiers. To keep up the service and defend the nation from enemies whether or not they’re international or home they take pledge on at the present time. This present day is all about tribute and thanking to them. With out them, we can’t survive.

Indian Army also gives gallantry awards and Sena medals to the recepients. In 2020, 15 soldiers were awarded with the bravery awards.

When is Army Day Celebrated?
Every year on January 15th, Army Day is celebrated in India.

Where is Army Day Celebrated ?
Army Day is celebrated every year at all the Indian Army Command headquarters.

Why do We celebrate Army Day 2021?
Every Year on January 15th India celebrate Army Day. It is the day to salute Our brave Indian soldiers who have sacrificed their lives to protect our country. On this day in Year 1949, India got its first Army Chief Lieutenant General Kodandera Madappa Cariappa (KM Cariappa). On January 15th 2021 its 73rd Army Day of India.