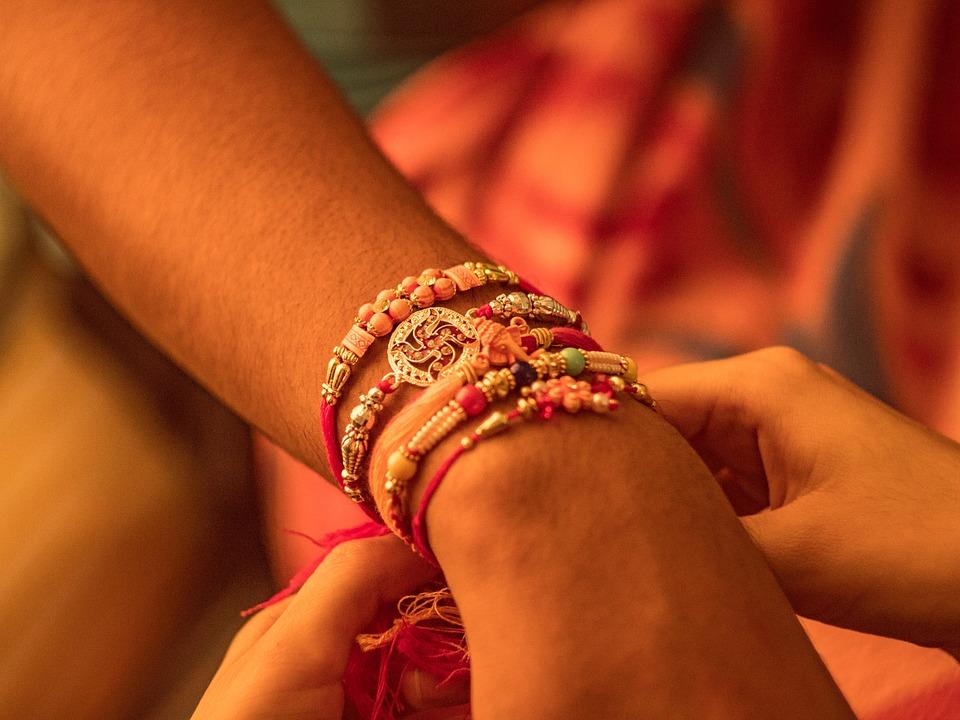 Raksha Bandhan (रक्षाबंधन in Hindi) means “the tie or knot of protection”. Being celebrated on the day of “Sharavan Purnima ”.  This festival make the divine love and relation of brother and sister more strong and valuable.

The sister performs a Rakhi ceremony, then prays to express her love and wish for the well being of her brother; in return, the brother ritually pledges to protect and take care of his sister under all circumstances.

Among the most sacred festivals of hindu’s, the festival of “Rakshabandhan” carries utmost significance and importance. It is mainly the festival of Hindus and thus limited to the boundries of Hindu countries. However, with time it is gaining importance in other religions and countries too.

There are a lot of tales related to this festival. According to Hindu scripture “Bhavishya Purana”, Indra’s ( इंद्र ) wife Sachi tied a  cotton thread on her husband’s wrist and prayed for his well being and success against demon. That holy thread was given to Sachi by Lord Vishnu.

In Ancient India Women tied holy thread on their husband’s (or dear-one’s ) wrist to pray for their safety and success in war and against evil powers . These threads ( Rakhi ) were not limited only to brother sister relation.

There are many other stories relates to Rakhi or Raksha Bandhan. It includes The story of King Bali and Goddess Laxmi, The story mentioned in the epic Mahabharata about Krishna and Draupadi.

But the story which is most prevalent and having its historical evidence is of Rani Karmavati, Queen of Chittor, who sent Rakhi to Emperor Humayun to defend her kingdom from the invasion of Muslim invader Bahadur Shah.