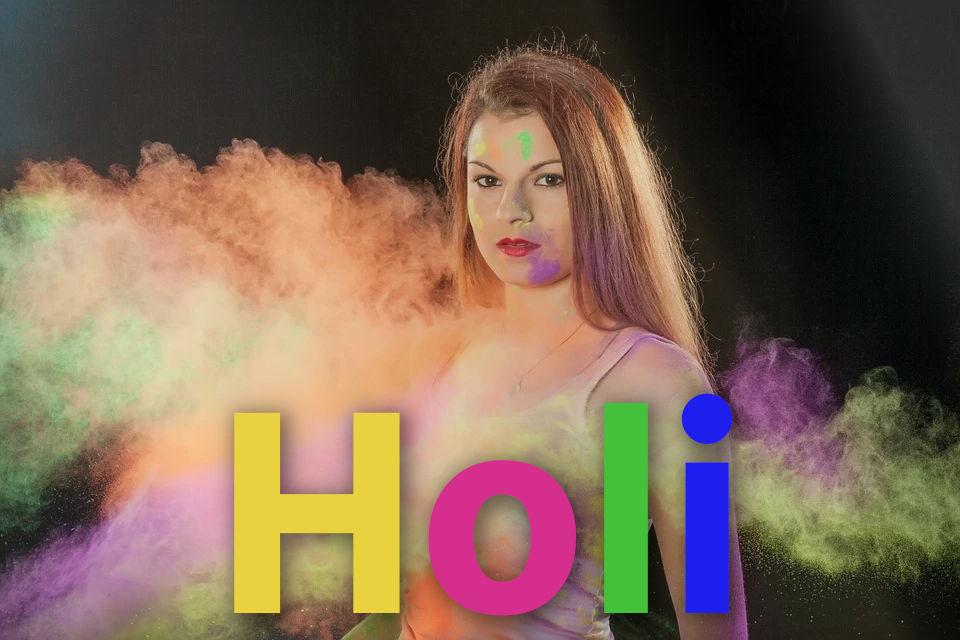 Holi – होली is one of the most famous festivals in India. It is celebrated on the “Full Moon Day of Phalgun”, in Hindi called as “Phalgun Purnima”, which comes in the end of February or starting of March.

Holi is the festival of colour, joy and love. On this day people meet each other and rub “Gulaal and Abeer” on each other’s face and exchange wishes “Holi Mubaaarak”. This festival of fun and happiness bridges the social gap and bring people more close to each other. “Rang-Gulaal-Pichkari-Hathkheli and Gujhiya Mithayi” are synonymous with this festival.

Holi is celebrated as the triumph of Good over the Bad. There is an ancient religious Hindu story related to this Festival of “Holika Dahan”. The king of Demons, “Hirankashyap” wanted to kill his son “Prahlaad”, who was the devotee of Lord Vishnu. For this purpose he took help of his sister, “Holika”, who was having a magical stole which provided immunity from being burnt in fire. She sat on the fire with Prahlaad but as the fire roared the stole flew from Holika and covered Prahlaad. Holika burnt and no harm occurred to Prahlaad. Then Lord Vishnu appeared and killed Hirankashyap. Since that day there is tradition of “Holika Dahan”.

Holi is mainly two day festival which starts with “Holika Dahan” in the night of Phalgun Purnima and next day the celebration of holi with colours. “Holika Dahan” is celebrated as the lighting of bonfires where people gather and enjoy by singing and dancing. It is mainly celebrated in India, Nepal and other major countries with Hindu population. However now-a-days Holi is celebrated all over the world with great enthusiasm.