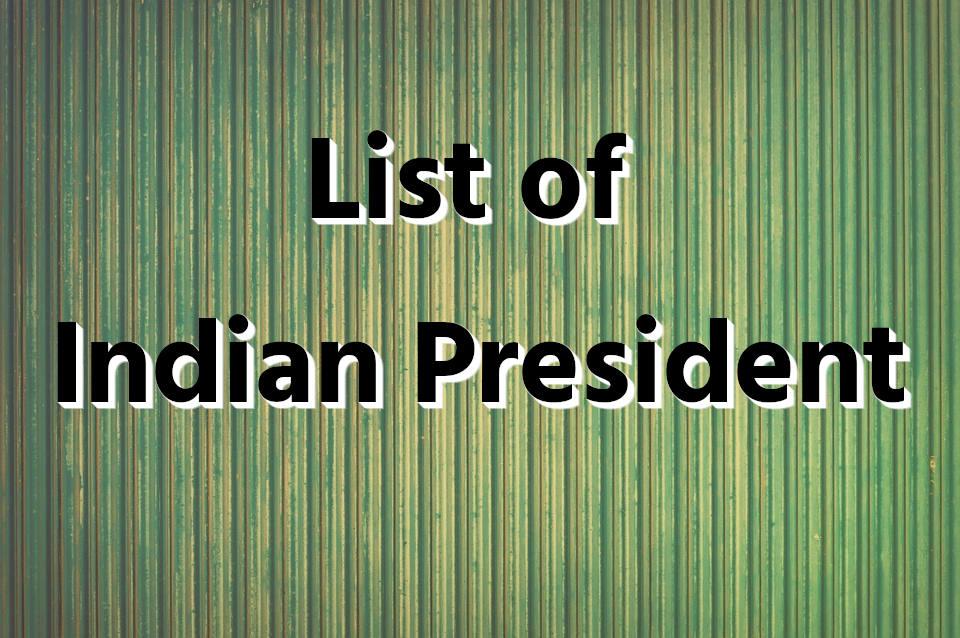 The President of India is regarded as the supreme head of the state who exercises the whole executive power of the union.

The President of India is elected by an “Electoral college” consisting of the elected members of the Lok Sabha, the Rajya Sabha and the State Legislative Assemblies. He is paid a salary of Rs. 5 lakh p.m. He is provided with an official residence and he is entitled to many other perks and many more facilities.

The president of India is treated as the head of the executive. He is also the commander-in-chief of the Indian Armed Forces.

Friends, We have compiled the list of President of India. Please check below for the president’s list –